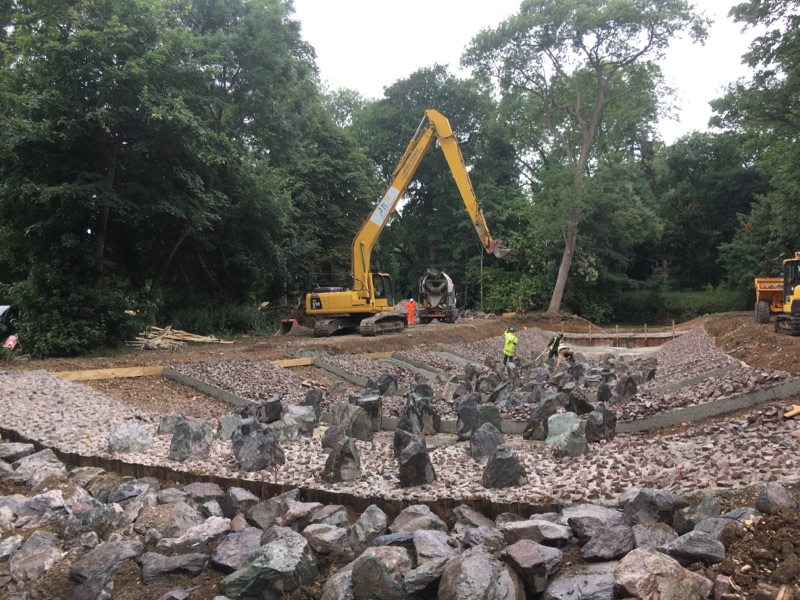 We are just completing this 40 metre long rock ramp fish pass on the River Mole in Cobham, Surrey at the site of an old mill weir.

Once commissioned next week it will enable fish and eel passage to the upper reaches of the mole for the first time in several hundred years! 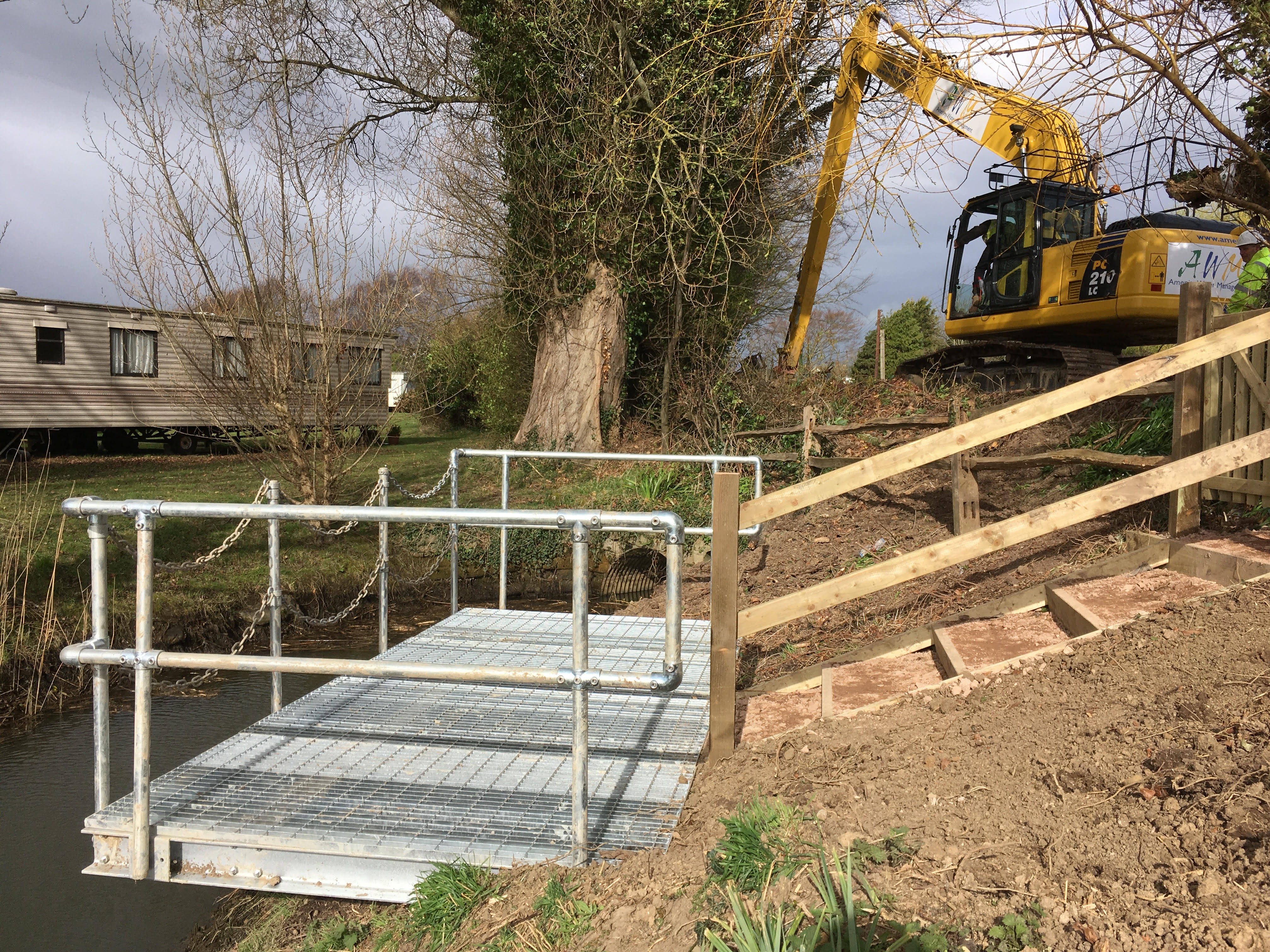 We have just installed this maintenance platform to enable safe weed clearing from a drainage channel for the Environment Agency near Rye in East Sussex. 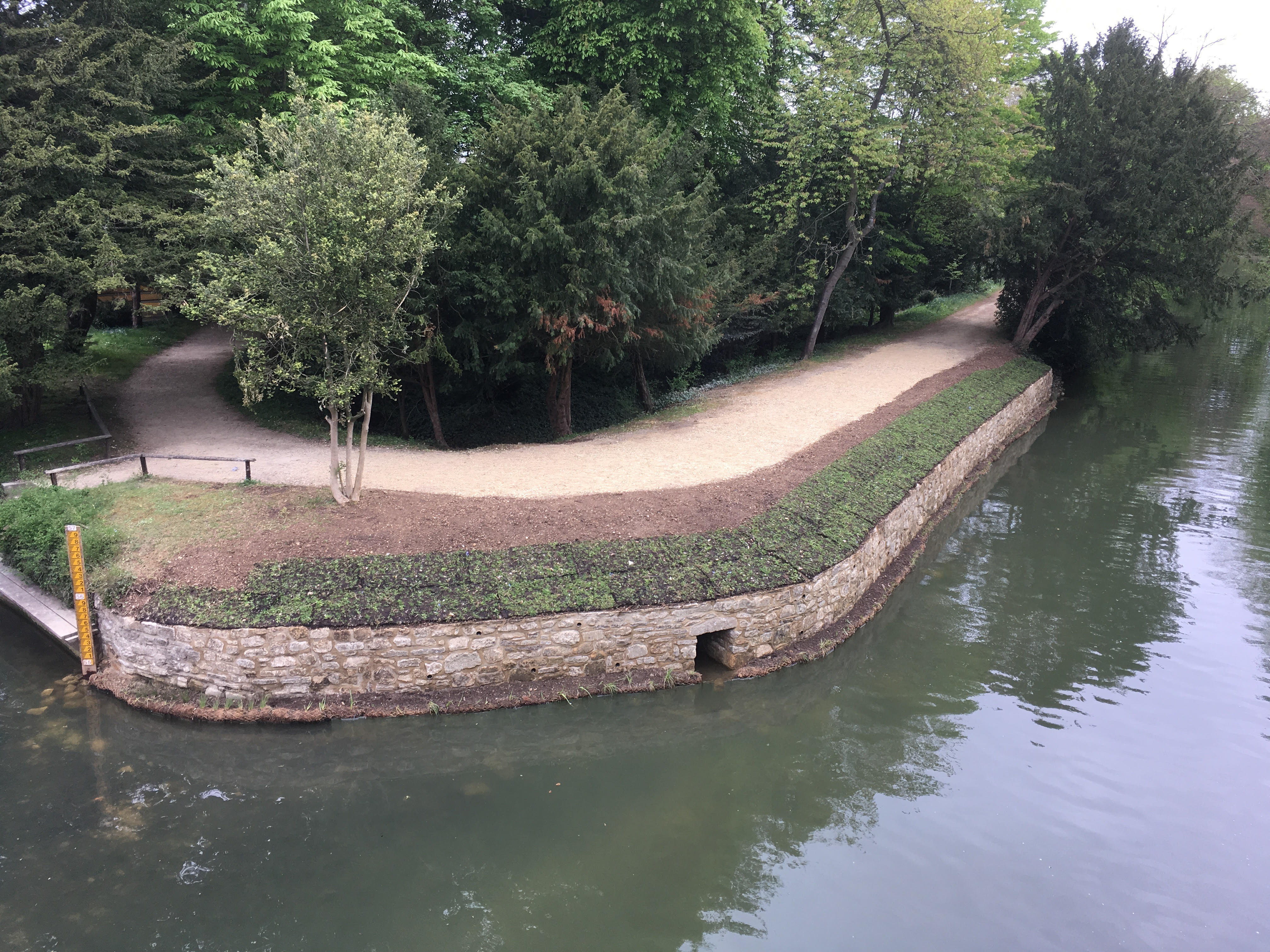 Due to it’s age and the burrowing of Signal Crayfish, this 40 metre section of historic wall in central Oxford on the River Cherwell required re-building.

So it has been brought into the 21st century with new crayfish proof footings and a solid concrete wall behind faced with the original stone and incorporating new drainage.

Aquatic planting was included at the toe of the wall and wildflower turf at the top as wildlife mitigation and to improve the aesthetics. 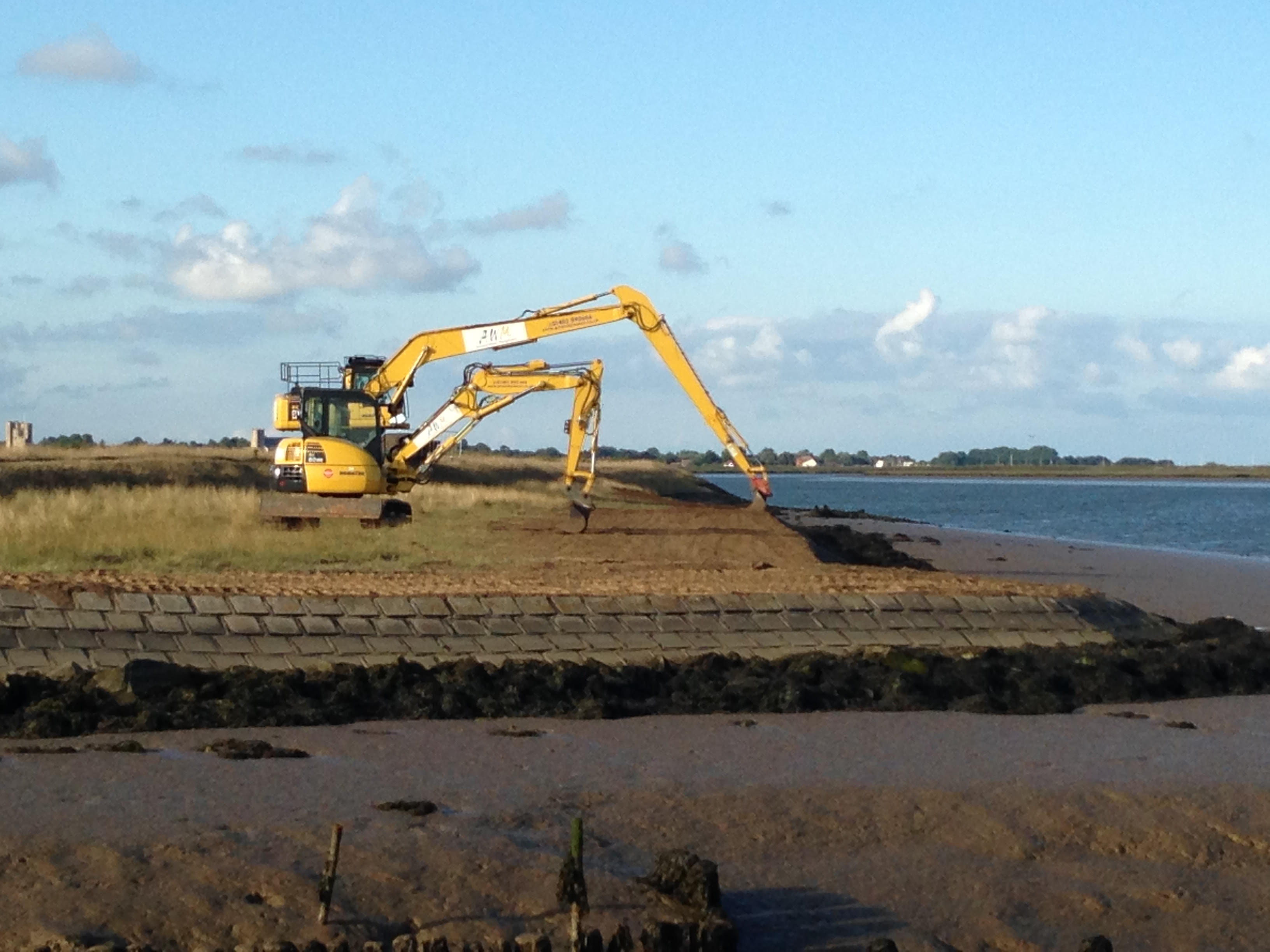 We have just spent two months working on the River Alde near Aldeburgh in Suffolk repairing the sea defences along the flood embankment for the Environment Agency. 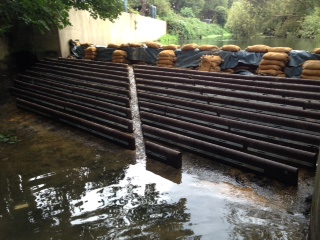 We are currently installing a Baffle Fish Pass in the River Wandle at Trewint Street in Earlsfield for the South East Rivers Trust.

Temporary dams have been constructed to divert the water while the low cost baffles are installed along with four notched pre-barrages to raise water levels and maintain a flow of water down the fish pass all year round. 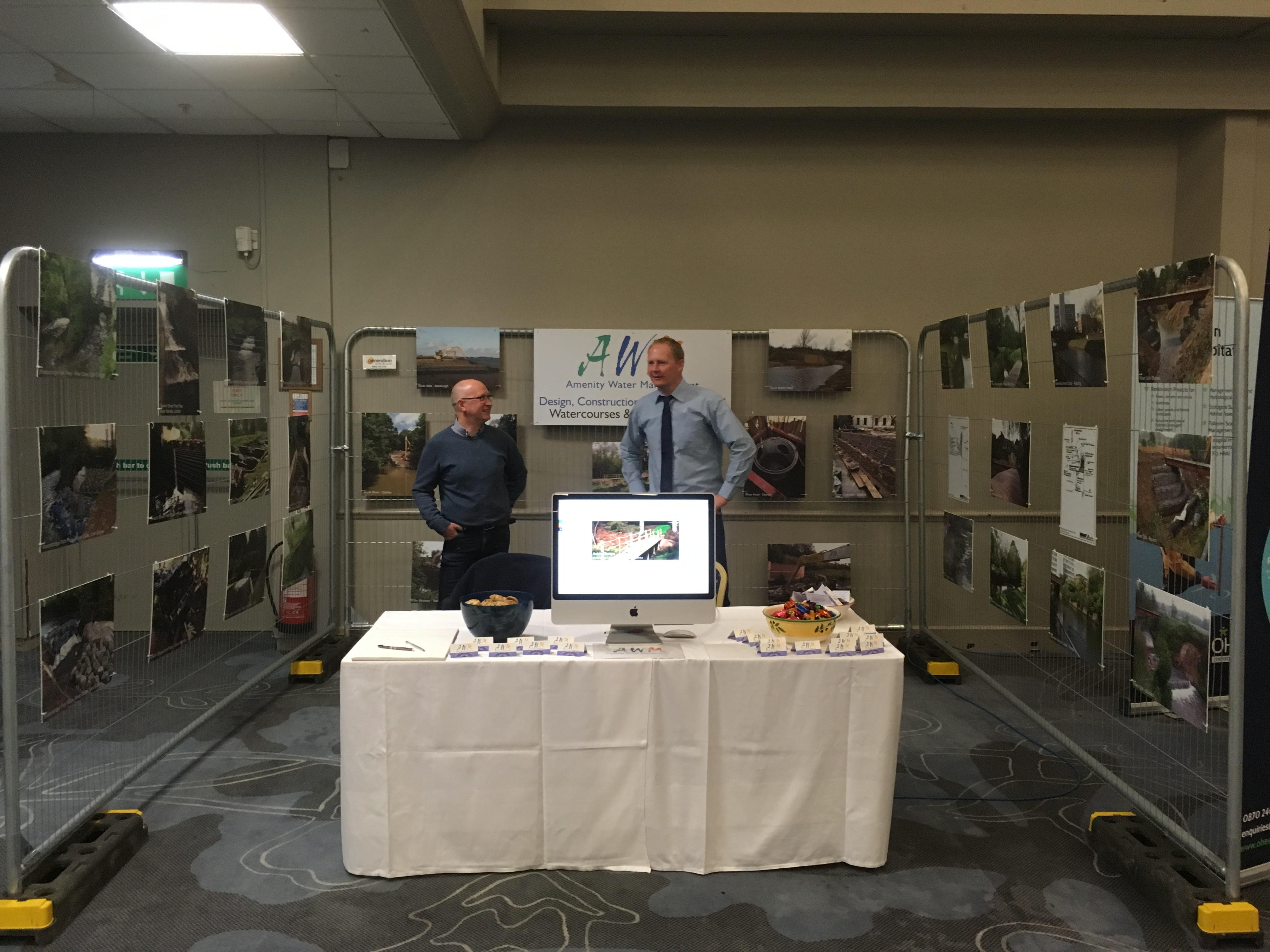 We have just exhibited at the 2017 River Restoration Centre Annual Conference, held this year in Brighton.

There was a record attendance of delegates with some very good speakers for us to listen to.

Thanks to everyone who came to see us on our stand and we look forward to seeing you at next years event if not before. 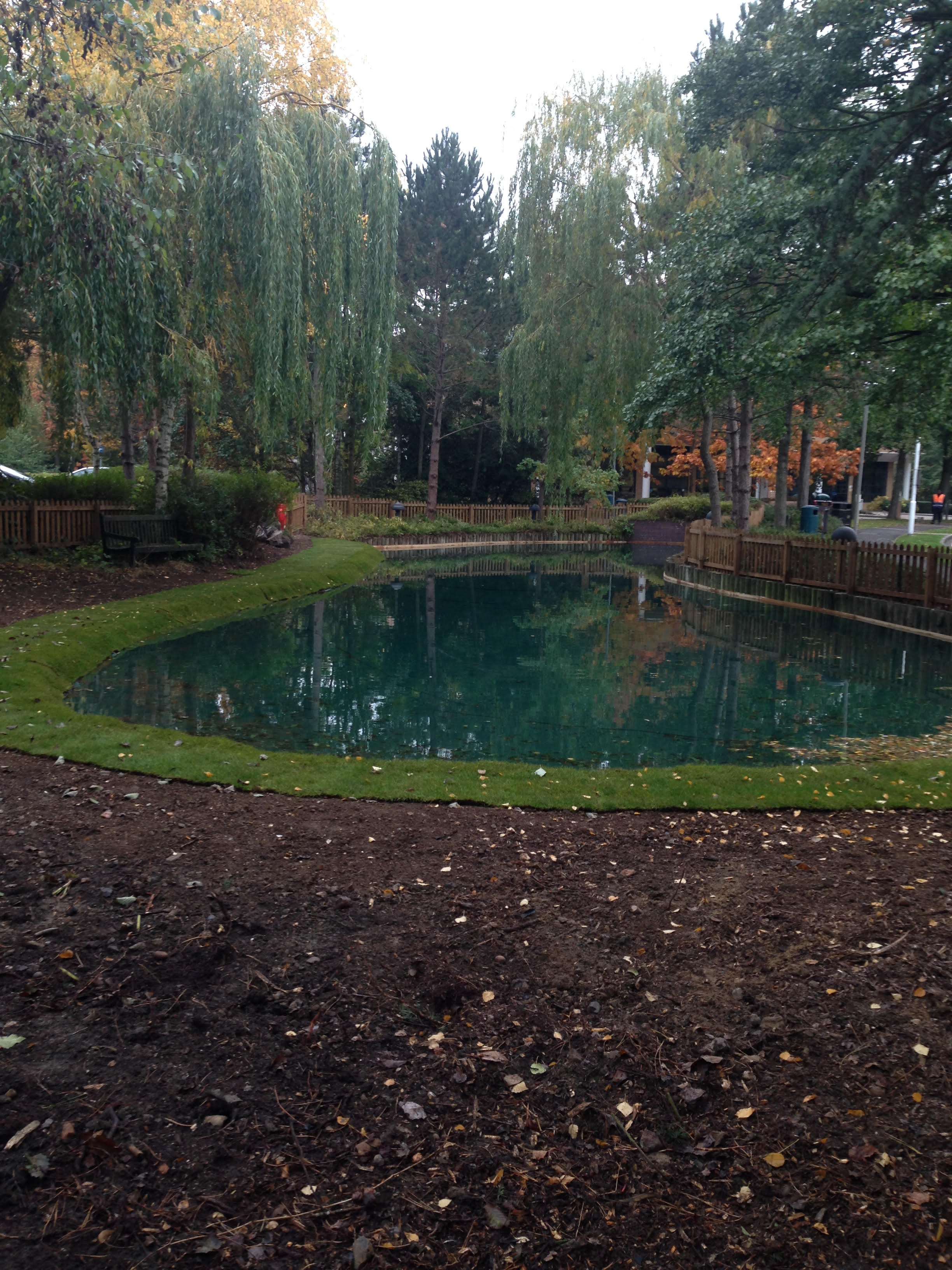 This pond at Tesco HQ in Welwyn Garden City was re-furbished as part of a larger landscaping package. 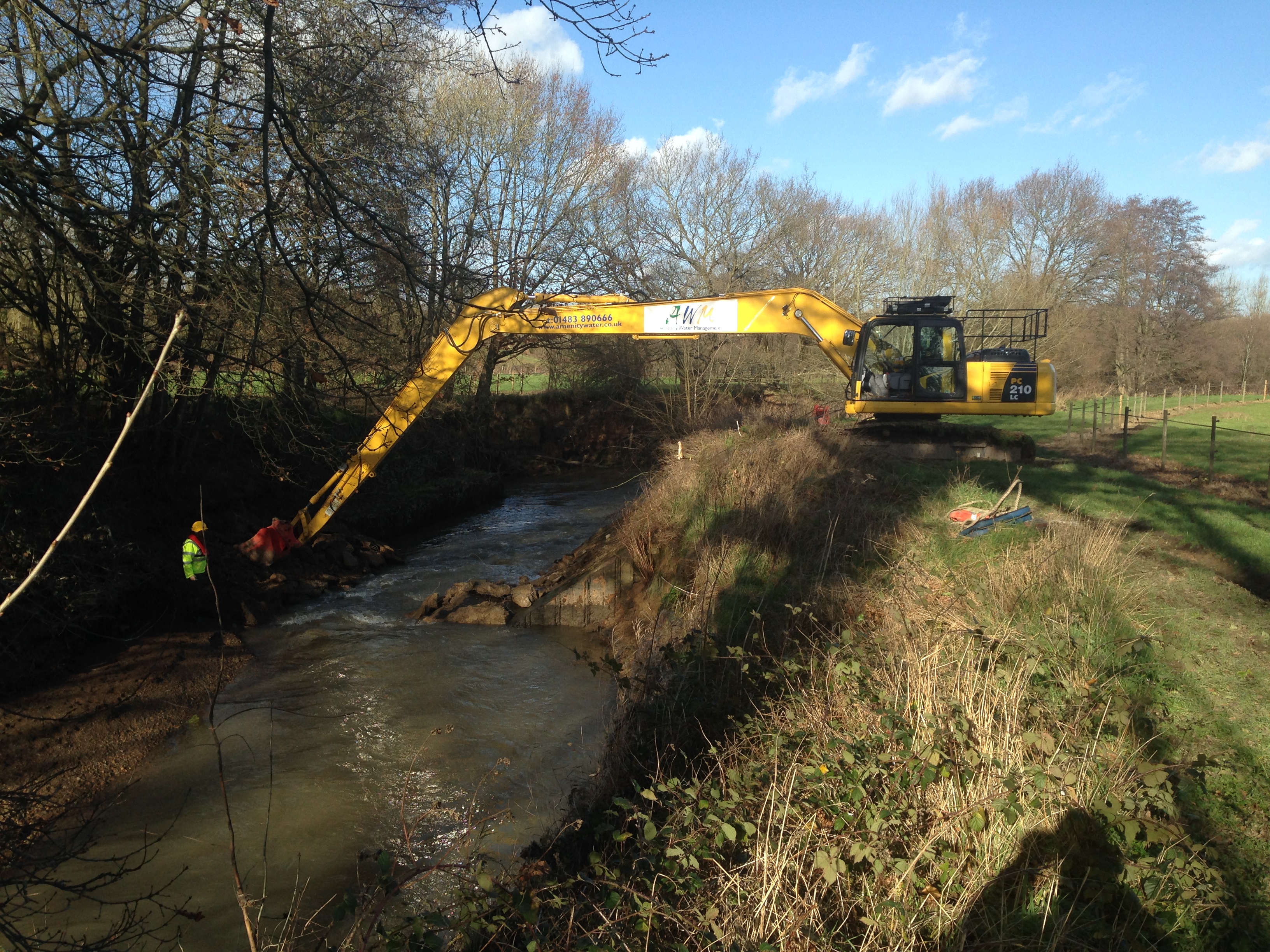 We have just removed Harpers Weir from the River Teise near Goudhurst in Kent for the South East Rivers Trust.

The work is part of a larger scale project to improve fishery habitat and fish passage in the catchment. 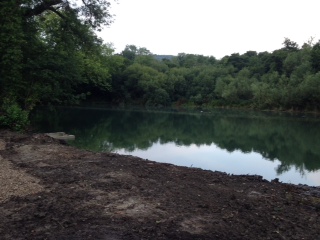 We have completed a lake refurbishment project this summer at Burton Park in West Sussex. Approximately 7500m3 of silt and vegetation were removed and placed in a storage lagoon constructed on adjacent land, this material will be turned to dry it over the next few years and then re-used on the estate.

As part of the re-furbishment works the main spillway was repaired and a new monk structure constructed to manage the water level which can be seen in the foreground on the left. In addition a causeway was constructed across the middle of the lake forming a silt trap on the upstream side of it and serving as an established access for future dredging works.